Menu
Change Over Time is a semiannual journal publishing original articles on the history, theory, and praxis of conservation and the built environment. Each issue is dedicated to a particular theme as a method to promote critical discourse on contemporary conservation issues from multiple perspectives both within the field and across disciplines. Themes are examined at all scales, from the global and regional to the microscopic and material.
Browse: Home   /   The Importance of Being At-Home: A Defense of Historic Preservation in Algeria | Diana Wylie 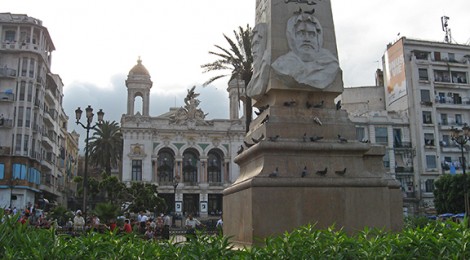 The Importance of Being At-Home: A Defense of Historic Preservation in Algeria | Diana Wylie

cotjournal / / Comments Off on The Importance of Being At-Home: A Defense of Historic Preservation in Algeria | Diana Wylie / 2.2 Adaptation

The entire French city of Oran, Algeria, had to be adapted to the needs of a new population when Algeria won its independence in 1962. A similar problem emerged in the 1990s when the city was flooded by rural refugees fleeing the war between government and Islamist forces. Ten years ago Bel Horizon, a historic preservation movement, was founded in Oran; its objective was not only to preserve Ottoman, Spanish, and French buildings, but also to foster the habits and attitudes of citizenship, especially in young people. Bel Horizon’s goals and successes are at once modest and profound. This case study suggests that historic preservation movements do not simply serve the purposes of cultural and political nationalism, as Rem Koolhaas and others have recently argued. Rather, it suggests that associations like Bel Horizon can help people to accept cultural mixture as part of their heritage.

The full article is available at Project Muse.

Image: Opera House and Obelisk. Oran’s Opera House was built in 1908 and restored in 2008; it was renamed for director, actor, and playwright Abdelkader Alloula, assassinated by Islamists in 1994. The Obelisk was erected in 1898 to honor the French soldiers defeated by Emir Abdelkader at the battle of Sidi Brahim in 1845; after independence a statue symbolizing France was removed from the base, sent to France, and replaced by bas-reliefs of Emir Abdelkader. Winged Victory, at the top of the obelisk, still carries in her hands the symbols of glory and peace, and has become the publishing logo of Bel Horizon. (Diana Wylie) 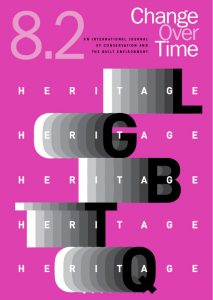